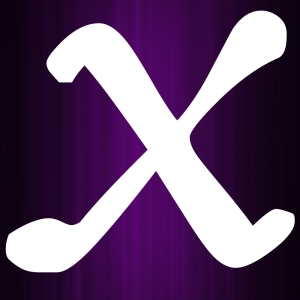 As I’ve mentioned before, all the information below comes not from Roderick’s book, but from Diana L. Paxson’s Taking Up the Runes.

Ancient Meanings:  According to Diana Paxson, the ‘G’ rune is not in the Younger Futhark and so gebo only appears in the Anglo-Saxon poem.  There it is strongly connected with the worthiness of generosity:  gifting brings credit and honor, help and worthiness.  The implication is that the gifter gains these qualities where the giftee gets “estate and substance” where he would have “naught else.”  Gifting was very important in old Germanic society.  Burgundian law even imposed a fine on anyone who refused hospitality to a guest!

Modern Meanings:  Everyone agrees that giving is good, but there is some difference in opinion regarding unconditional offering versus the need for a careful balance in the exchange.  Edred Thorsson holds that ‘exchange’ is the primary meaning with more of a balance between give and take.  He also picks up on marriage implications in the concept of exchange.  Kveldulf Gundarsson puts more of an emphasis on sacrificial giving.  He points out that in Norse religion, offering are neither bribes nor payment, but the symbol for an exchange of loyalties.  Osborn and Longland describe gebo as a rune of giving out of generosity, and Peterson points out that it appears in prosperity charms.  Aswynn hold the importance of balance and equality in a healthy exchange.  Paxson reminds that while giving is one of the noblest virtues, it can be soured by unwillingness–on both the parts of gifter and giftee.  Mandated giving is emotionally unsatisfying and often inequitable, and even though gifts can confer independence, they can also create a cycle of dependence.  As with many things, gifts are a double-edged sword.

My Take-Away of the Meanings:  Generosity is an amazing virtue, but it should come from the heart and be equitable to have the most impact.  When gebo appears, care has to be taken to consider all implications of a gift.

Paxson’s Interpretation and Use:  A diviner should consider all possible meanings of “gift” in a layout, including the gifts of the spirit, or a need to look at the nature of one’s interactions with others.  Another area to consider is the balance between aspects of an individual’s life, or between the individual and his environment.  It can have economic significance relating to job relationships and results.  IT can also indicate a union or partnership of some kind.  It may also refer to contracts, agreements, and alliances.  It can be used as a general luck rune and to create a link between other forces or in spells of integration or balance.

Paxson’s Practice for Living Gebo:  This one is very easy:  simply practice giving and receiving.  Gifts don’t have to cost money.  Write an unexpected letter to an old friend or relative.  Tell someone thank you or I love you.  Take someone out to lunch, give a friend some flowers.  Return borrowed items.  Conversely, when someone gives you something, receive it with joy.  Receive compliments without protest or self-deprication.  Take a walk in a park and look at the gifts Mother Earth has given you, and appreciate them all.