The first layer of the circle casting involves combining the two female elements of water and earth–which we’ve first consecrated, of course–and taking them around the circle.  In some traditions, you sprinkle and cense the space of the circle, in others you sprinkle and cense the space and participants, and in still others, you just take care of the participants.  Hartwood Grove followed the latter, but in my previous solitary practice I just took care of the space.  Having experienced both, I might promote the middle option.  In retrospect, when I only sprinkled and censed the space, I myself missed a psychological cue that circle was being caste.  When my HPS and HP in Hartwood came around to us coveners and said “By earth and by water be cleansed / By fire and by air be purified”, I felt those energies and those actions much more keenly than I did when I just took care of the space.  As nice as that was, though, I think the physical space didn’t feel as cleansed and purified as it could be.  Doing both space and practitioners isn’t as streamlined, but I think the payoff will be greater in the long run. 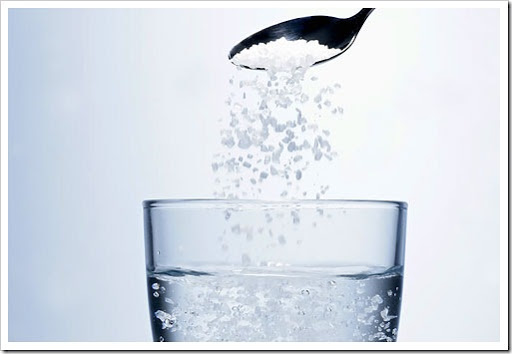 In order to begin casting the first layer, Roderick has us assemble an altar with our dishes of salt, water, and incense, our fire candle, four quarter candles, and our unconsecrated tools.  In his instructions, he asks that the altar be set up in the middle of the ritual space so that everything can go in its ritual positions (pentacle and salt in the north, wand and incense in the east, etc).  My space isn’t conducive to that, though, so my altar remained where it was (along the western wall of my narrow room).  He also asks us to begin ritual actions by placing candles in each of the quarters and lighting them while saying “Fire, flame in the Old One’s name.”  I’ve been practicing the lighting of quarter candles during the “Ekos”, which occur after the consecration of the elements, so that is what I did here.

After the consecration of the four elements and ourselves with the elements, Roderick asks us to cast the first layer of the circle:

Begin by using your index and middle finger to brush three “scoops” of salt into your bowl of water.  Hold your hands over the bowl of water and salt and say:

Water and earth I cast thee ’round,
By thy essence, life be bound.
Flowing vision, holy birth,
Blessed be by water and earth.

Stir the water and salt together.  Take the salt-water mixture to the eastern quarter of your sacred space.  Dip your fingers into the saltwater and sprinkle this along the edge of your sacred space.  Do this while silently walking clockwise around the inside perimeter of your circle.  Imagine that you seal the sacred space with a blue and green light.  Continue with this silently until you walk the entirety of the circle, returning to the east where you began.

Avoid obsessing on technical perfection and minutiae such as size of your circle, or where the water and salt drops are falling as you cast them.  Precision is not mandatory, but your intent, your focus and clarity, are.

When you have finished, sit within the sacred space you have created so far.  How does it feel?

To close this layer of the circle, stand again in the east and face the outer edge.  Hold your hands outward toward the east.  Silently circumambulate the space in a counterclockwise direction.  Continue to hold your hands out toward the edge of the circle as you walk.  Imagine that the energies you’ve raised begin to subside and sink into the earth where they are reabsorbed and neutralized.  Once you reach the easternmost point again, pause to sense the difference in energy now that you have banished the circle.  Store away your ritual items immediately following your rites and be sure to flush the ritual water, salt, and incense into running water.

It was a very interesting practice for me to cast this first layer and then pause to sit and figure out how the space felt before immediately moving on to the second layer.  I’ve never done that before, and the result was illuminating.  The space felt very different energetically from the room before I began casting circle.  After I sprinkled the area with the salt water and visualized a helix of blue and green light encircling my space, the energy in the room felt receptive.  It was almost as though I’d created a sort of void waiting to be filled with another energy.

That was very interesting, especially given that these two elements are the feminine ones, and feminine energy is receptive like this.